Angela said: "We began to collect butter stamps to demonstrate the traditional method of decorating butter at the Viaër Marchi when it was first staged back in 1969.  I now have a collection of around 30 stamps originally made by Guernsey farmers pre-dating World War II and the German Occupation of the island.

"All the farms were marked with a letter according to their parish - this letter would have also been used for bike licenses and is still used today if you own a dog.  The butter stamps would carry this letter together with the name of the farm, its owner and in the centre their own unique decoration carved out of the soft wood to mark their wares.   This marking process was important when butter was sold at the local market, rather than buying directly from the farmer, as consumers soon learned which butter they preferred thanks to its unique design.

"At that time there were over 500 farms dotted all over the island, some perhaps with only two or three cows each.  Farms that entered their butter into the Agricultural shows also created some unnamed butter stamps so that the judges had no idea which farm had produced it.

"Jim's grandparent's butter stamp was marked with "J De Garis, Les Islets, F" and its centre displayed a single flower with four leaves.  This was fairly plain compared to some of the other stamps in our collection."

To see the markings of the butter stamps you need to hold them up to a mirror. 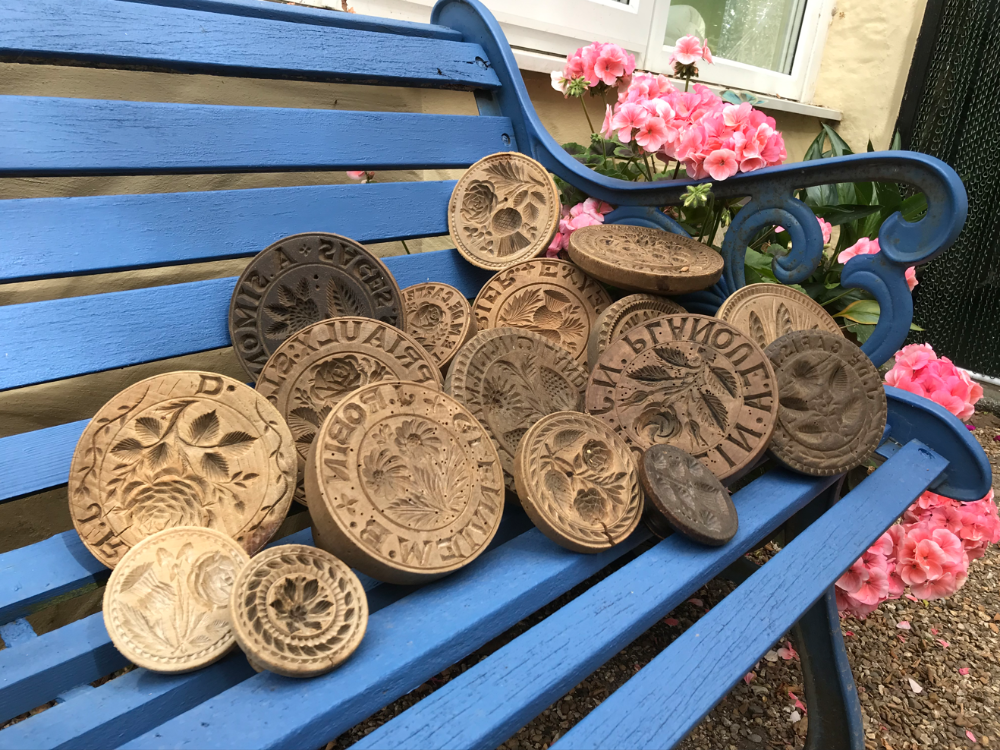