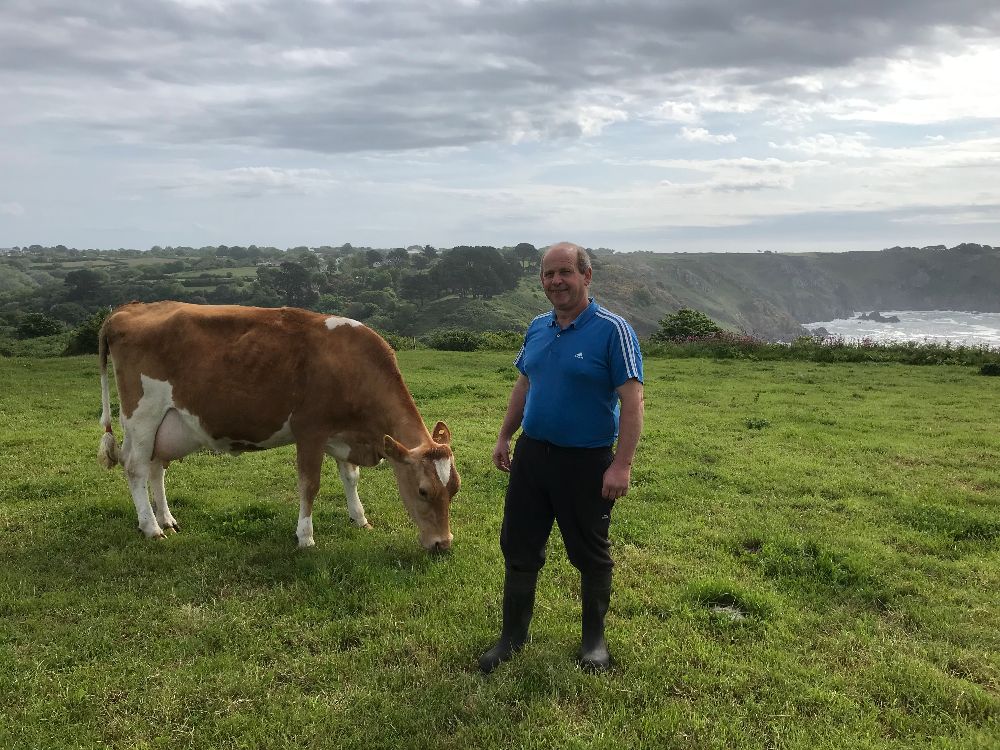 Les Varioufs Farm is perched on the cliff tops of Guernsey's south coast overlooking Petit Bot Bay.  Its setting and views are idyllic making it the perfect home for Shane Robert's herd of 75 milking cows.

Shane's passion for farming seemed to skip a generation - both his grandfather and uncle had been dairy farmers.  Although his mother's family were all growers his father's were not and he tried hard to encourage Shane to learn an alternative trade to dairy farming.

However, from as young as four years old Shane would spend time with dairy farmers - he just loved to help look after the herds.

After leaving school he went to work on Les Hubits Farm under the watchful eye of Mr Le Cocq where he stayed for 14 years until the opportunity came up to look after his own herd.  In 2015 he took on the lease of Les Varioufs Farm and has never looked back.

Its cliff top location is beautiful in the summer and the shoulder months although it can be harsh in the winter when the cold easterly winds blow through.  The bonus, however, is the ground is very forgiving allowing the cattle to enjoy being outside for most of the year.

"When I took on the lease, we upgraded the milking parlour installing a state of the art computerised system; we ran a lot more water around the grazing blocks; and improved the drainage of the tracks surrounding the fields enabling the herd to spend as much time as possible outside in the natural environment and not inside a shed.  Consequently, we have very happy cows living in five star accommodation," he said.

Les Varioufs Farm was one of the first on the island to achieve its RSPCA Accreditation.

Shane, who now works with his son Kieran, is an extremely conscientious farmer always looking to make improvements and farm in the most environmentally friendly way.

"This year we've managed to do just half the amount of spraying as previously and yet our crops have almost doubled.  Everything is done by hand whether we are pulling out poisonous ragwort or encouraging our hedges to grow a little taller to encourage nesting birds.  We are constantly looking for ways to make improvements."