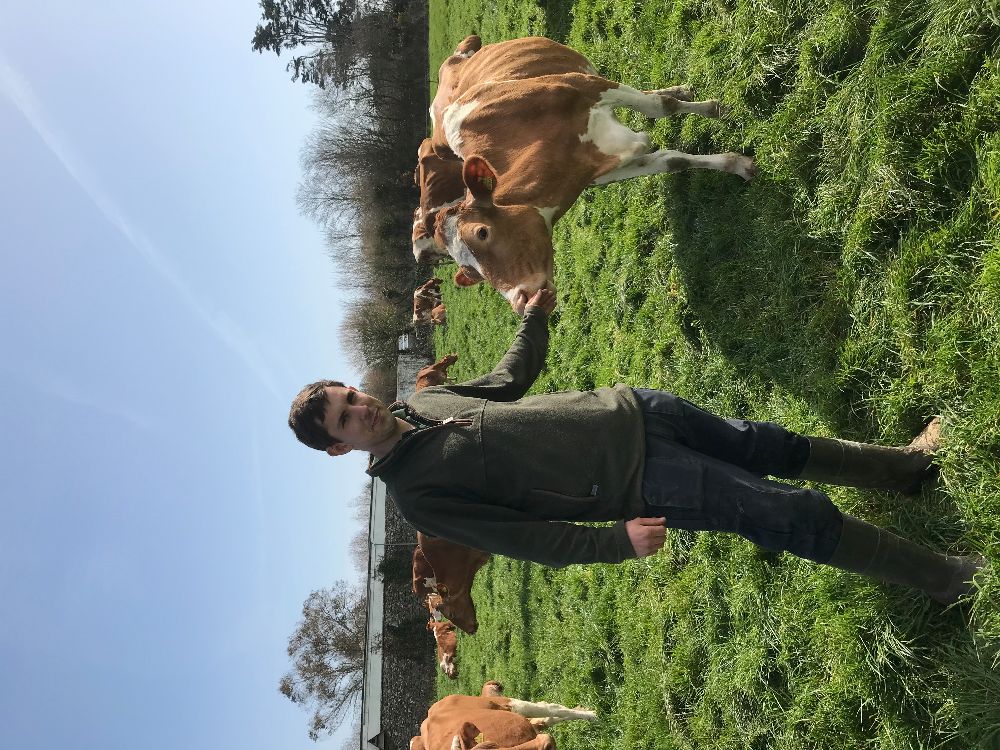 Le Clos Hoguet Farm nestles in the rural parish of St Saviours and extends to around 300 vergees.

It's leased by one of Guernsey's young farmers, Josh Dorey, whose passion for farming was nurtured after spending hours as a child with his grandfather, Peter Martel, who looked after a small number of Guernseys.

Josh's parents encouraged him to follow his passion.  After leaving school he got a feel for dairy farming after spending a couple of years working on a local farm in St Martin's under the guidance of Jeremy Le Cocq before heading off to the UK to do a Level Three extended Diploma in Agriculture.

A Foundation Degree in Dairy Herd Management at Reaseheath College followed, where at the same time he continued to work part time gaining further experience in different farming systems.

After graduating Josh initially worked on a farm in Cornwall with a spring calving herd. With so many cows calving in a short amount of time, Josh gained valuable practical experience. Not long after returning to Guernsey at just 24 years old, Josh took over the running of Le Clos Hoguet Farm.

"The timing worked really well," said Josh.  "I had always wanted to manage my own farm and Andrew De Garis was looking to retire.  It was something I just couldn't walk away from."

Other than the support of a fortnightly relief milker, Josh runs the farm singlehandedly 365 days a year.  With 65 milking cows and 25 youngstock, like all the other dairy farmers on Guernsey, Josh's farm is fully RSPCA Assured.

Josh has spent a lot of time building new feeding troughs, fixing the cows cubicles, and opening their lounging areas to receive even more space and light.  He's replaced old metalwork and gates, laid AstroTurf on some of the walkways and installed scratching brushes for the cows.  Maintaining these standards has been a priority for Josh.

When asked about his plans he said; "In an ideal world I would now like to own my own a farm.  I am passionate about dairy farming.  Being able to do this in Guernsey where we're not only responsible for maintaining the island's milk supply but also it's beautiful countryside, is a real honour."