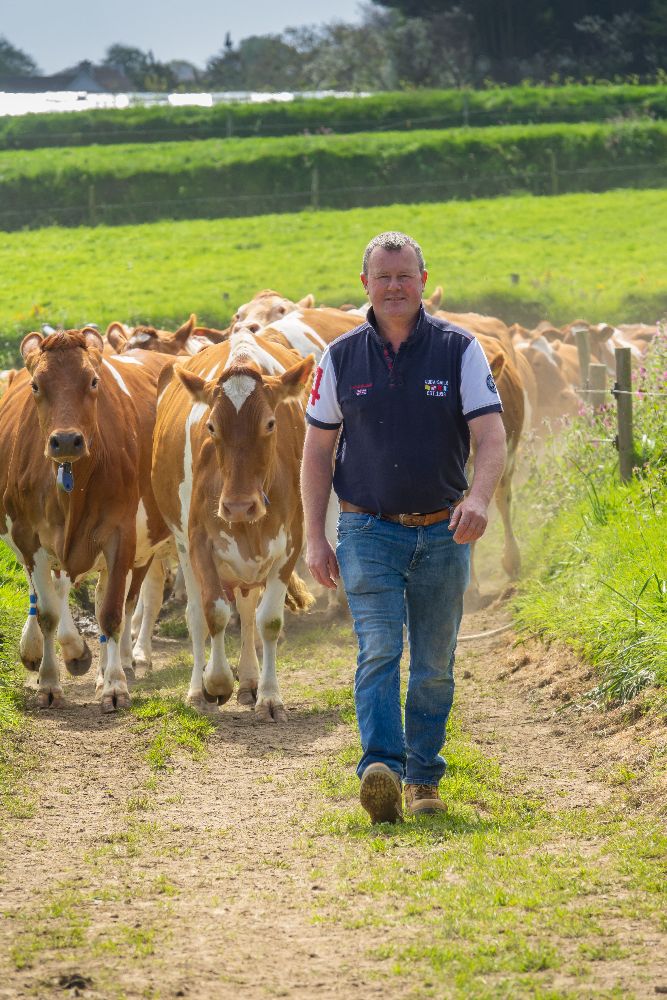 La Gervaise Farm is one of the largest in Guernsey with a herd of 150 Guernsey cows grazing across the 700 vergee farm in St Saviour.

At the head of the hard working farm team is Dave Cowley, a Guernsey man that left school to pursue his career in farming and as a first generation farmer.

He was dedicated and ambitious in his attempts, starting at only 17 years old by converting part of his parents' greenhouse and packing shed to house his first herd. Just three years later, when he was 21, he bought La Gervaise farm in the winding lanes of St Saviours and has been expanding his buildings and land ever since.

Dave is passionate about his cows and their welfare and clearly has a very strong bond with each one of his herd.

A past President of the Guernsey Farmers Association he is particularly proud of the beneficial work the farmers do for the Guernsey's environment.  This goes beyond keeping the neighbours happy as he, like all Guernsey Farmers, is responsible for maintaining hedgerows and fields to promote biodiversity.